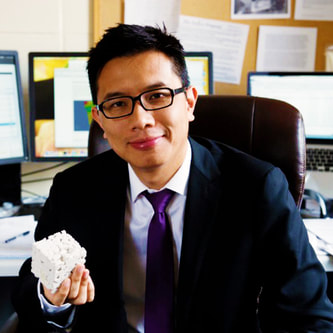 Sun obtained his B.S. from UC Davis (2005); M.S. in civil engineering (geomechanics) from Stanford (2007); M.A. degree from Princeton (2008); and Ph.D. in theoretical and applied mechanics from Northwestern (2011). Prior to joining Columbia, he was a senior member of technical staff in the mechanics of materials department at Sandia National Laboratories (Livermore, CA).  He is the recipient of the John Argyris Award (2020), NSF CAREER Faculty Development Award in 2019, ASCE EMI Leonardo da Vinci Award in 2018, the Zienkiewicz Numerical Methods in Engineering Prize in 2017, US Air Force Young Investigator Program Award in 2017, the Dresden Fellowship in 2016, US Army Young Investigator Program Award in 2015, and the Caterpillar Best Paper Prize in 2013, among others. Undergraduate researchers, PhD and MS alumni and former postdoctoral associates of his research group have been in high demand in various sectors, including industry (e.g. structural engineers at Boeing), and academia (e.g. postdoc at MIT, tenure-track positions at Northeastern University, McMaster University, and the University of Hong Kong).